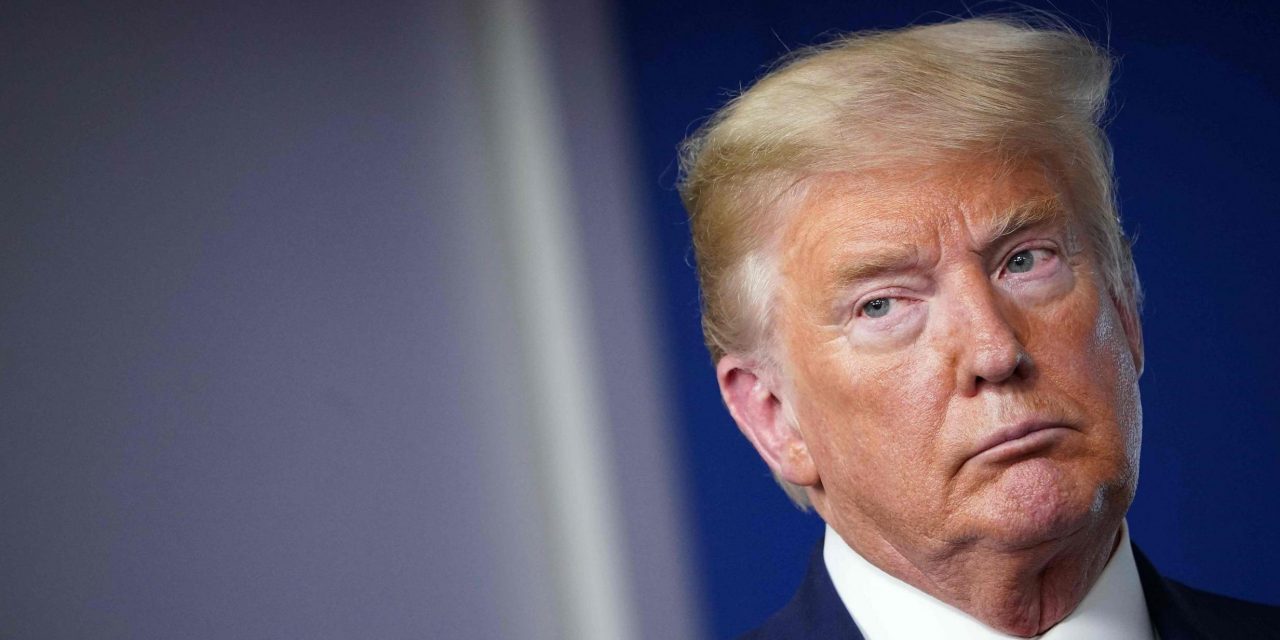 Trump signed off on the $2.3 trillion package from his Mar-a-Lago estate in Palm Beach, Fla., days after he expressed displeasure with the spending outlined in the omnibus and complained that the coronavirus relief measure should include direct payments of $2,000 per person, up from $600.

But the delay came after Trump single-handedly brought the government to the brink of a shutdown and unemployment benefits expired for millions of Americans Saturday as the bill went unsigned.

Trump has visited his golf club in Florida each day since arriving in the state on Wednesday and has made no public appearances. He did so again on Sunday both before and after signing the legislation.

“I will sign the Omnibus and Covid package with a strong message that makes clear to Congress that wasteful items need to be removed,” Trump said in a statement upon signing the legislation. “I will send back to Congress a redlined version, item by item, accompanied by the formal rescission request to Congress insisting that those funds be removed from the bill.”

Trump’s demand that Congress clawback some of the spending greenlighted under the deal is already facing pushback, in a sign that congressional leaders are likely to ignore it.

“The House appropriations committee has jurisdiction over rescissions, and our Democratic majority will reject any rescissions submitted by President Trump,” House Appropriations Committee Chairwoman Nita Lowey (D-N.Y.) said in a statement.

Trump’s statement was at times self-congratulatory despite his role in the uncertainty of the past week.

The president credited his work with Congress in passing the CARES Act earlier this year, which he said helped the country avoid “another Great Depression,” though Treasury Secretary Steven Mnuchin was the lead negotiator for the White House.

Trump boasted that he was signing the bill “to restore unemployment benefits, stop evictions, provide rental assistance, add money for PPP [the Paycheck Protection Program], return our airline workers back to work, add substantially more money for vaccine distribution, and much more.” But unemployment benefits lapsed on Saturday, and eviction moratoriums would have done the same had Trump not signed the bill soon.

The president, as part of his statement formally announcing the decision, said the Senate had agreed to tee up several of his priorities, including his push for $2,000 checks and repealing a tech shield that has emerged as a top target for Trump and his conservative allies.

“Likewise, the House and Senate have agreed to focus strongly on the very substantial voter fraud which took place in the November 3 Presidential election. The Senate will start the process for a vote that increases checks to $2,000, repeals Section 230, and starts an investigation into voter fraud,” Trump said in his statement.

The House will vote on Monday on legislation that would change the $600 in the coronavirus relief-government funding package to $2,000, an amount supported by Trump and Democratic leaders.

But passing $2,000 checks in the Senate would likely face steep political headwinds, with a significant swath of GOP senators opposed to more money for stimulus checks.

House Speaker Nancy Pelosi (D-Calif.), in a statement, ignored Trump’s demand that Congress rescind some of the bill’s funding, as well as his claim that the House would focus on “voter fraud,” which has been rejected by both election experts and courts.

But Pelosi indicated that the House is sticking to its plan to hold Monday’s vote, and urged Trump to pressure GOP lawmakers to support changing the amount of the direct checks.

“The President must immediately call on Congressional Republicans to end their obstruction. …Every Republican vote against this bill is a vote to deny the financial hardship that families face and to deny the American people the relief they need,” she said.

Senate Minority Leader Charles Schumer (D-N.Y.) said in a tweet that he would move to pass the same bill through the Senate.

“No Democrats will object. Will Senate Republicans?” he tweeted.

Senate Majority Leader Mitch McConnell (R-Ky.), in his own statement Sunday, made no mention of the legislative commitments referenced by Trump. Spokespeople for the GOP leader didn’t immediately respond to questions about the president’s statement.

Any attempt to hold a vote on the stimulus checks or repealing Section 230, a legal shield for tech companies, would require 60 votes to overcome an initial procedural hurdle in the Senate.

Asked if a proposal to provide $2,000 checks could pass, Sen. Roy Blunt (Mo.), a member of GOP leadership, told reporters late last week, “It would not.”

The coronavirus relief bill passed after months of inaction from Congress and as the pandemic surges across the United States. The country has seen record levels of infections in recent weeks, though millions of people have continued to travel for the holiday.

The relief legislation includes direct payments of $600 per adult and per child. The amount per adult is half the $1,200 payments that were provided under the CARES Act enacted in March, but the amount per child is slightly larger than the $500 allowed under that law.

Two expiring CARES Act programs, Pandemic Unemployment Assistance, which made benefits available to the self-employed and gig economy workers, and Pandemic Emergency Unemployment Compensation, which provided additional weeks of benefits, were extended for 11 weeks, averting a fiscal crisis for millions of Americans.

The bill also includes $284 billion in funding for the Paycheck Protection Program, which provided distressed small businesses with forgivable loans to keep them afloat and leave employees on the books.

The omnibus had drawn Trump’s ire for the inclusion of millions in funding for foreign policy priorities, including many outlined by the president’s own administration. But had Trump not signed the bill, the government would have shut down at midnight on Monday.

The president faced mounting pressure as the bill sat unsigned. A bipartisan group of 11 lawmakers that brokered an initial breakthrough on relief talks issued a statement on Sunday calling on Trump to either sign the bill promptly or veto it so Congress could override him.

“Never before in your personal, professional, or political life have you been characterized as a man of inaction. Now is not the time to sit idly by – please do the right thing and sign or veto this bill immediately,” the lawmakers said.

Sen. Pat Toomey (R-Pa.), who is retiring when his term ends in two years, warned that Trump would be remembered “for chaos and misery and erratic behavior” if he allowed the bill to go unsigned.

“You don’t get everything you want, even if you’re president of the United States,” Toomey said on “Fox News Sunday.” “I think the COVID relief measures are really, really important.”

Trump’s inaction was also putting Republicans in an awkward spot in Georgia, where GOP Sens. David Perdue and Kelly Loeffler are facing competitive runoff elections next week. Both senators had touted their work in getting the relief bill passed, but they have campaigned on staunch loyalty to Trump.

The two senators put out a joint statement on Sunday night that avoided any mention of Trump’s abrupt decision to cast uncertainty on the fate of the bill, instead crediting him with getting relief to Georgians.

“Make no mistake: a great deal of work remains. The coronavirus pandemic grinded to a halt the greatest economic turnaround in American history, and Democrats are hellbent on a socialist agenda that prioritizes wasteful, irresponsible spending over the wellbeing of the American people,” the two senators said. “We look forward to continuing to fight alongside the president in his relentless pursuit to keep America great.” 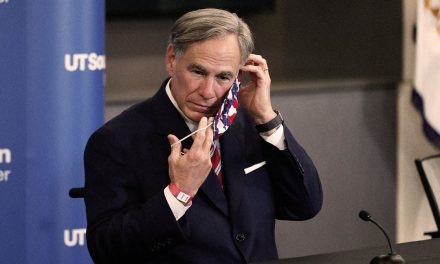 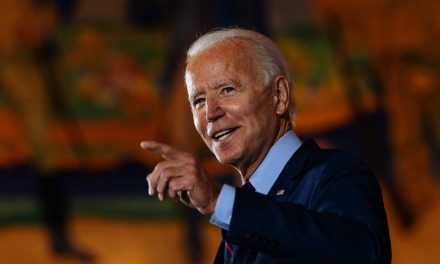 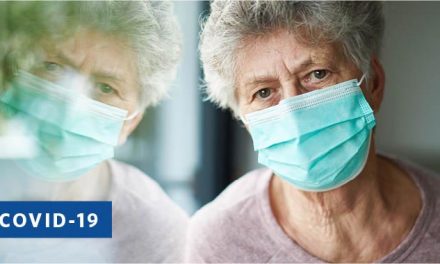